Last Friday night. Yeah I think we broke the law. Always say we’re gonna stop this Friday night do it all again.

Of all of the things that Darin had expected to be doing on St. Skip’s day, introducing the son and heir of the local baron to a crime lord was not one of them. However, as Darin watched Reggie and Joshua shake hands, that seemed to be exactly what he was doing. Of course if you’d asked him six weeks ago what he planned on doing on St. Skip’s day, he would have had to pause for a second to remember what day it even was, and told you that he expected to spend it either at home studying or at one of his friends’ with maybe a jaunt over to the Boar. 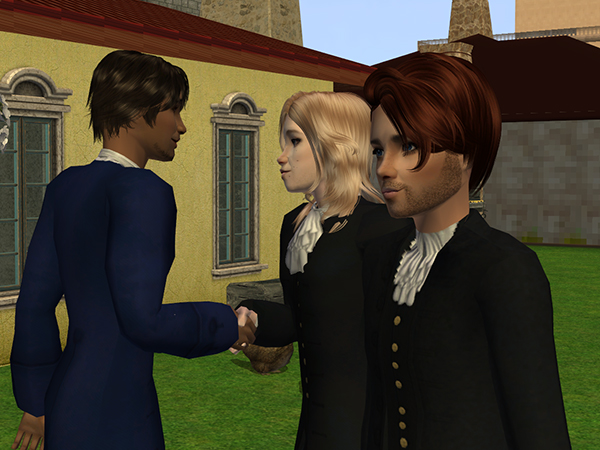 What he wouldn’t have told you was that he was going to be going out for a night on town with several of the wealthiest, most influential boys under the age of eighteen in the entire town.

When he’d seen Joshua off that morning just a month ago, confused, bewildered, and–just generally wondering if maybe someone had gone a few rounds on him, he had expected to see Joshua in class on Monday morning. Then he hadn’t, he didn’t see him again until the following Saturday. And it involved another rescue, though from nothing more serious than Darin’s friends and the catcalls that they gave the “pretty boy” who had rode down their street on a white horse. And that rescue was admittedly safe enough for Darin, all he had to do was point out that the young man on the white horse was the son and heir of the local baron and even Neal’s trap had slammed shut.

After he’d gotten Joshua away from Neal and them, Joshua had offered Darin the most peculiar not-an-explanation explanation that Darin had ever gotten for what had happened the previous weekend. From that had come an inquiry about tutoring and if Darin would be willing to take on another student for tutoring.

And as if some sort of magical portal had opened up with that conversation, Darin had gone from being an outsider on the outside looking in to being an outsider on the inside looking forlornly out. Instead of going from his tutoring sessions home to the empty cottage where he would spend his evening studying, he was now fielding invitations to go out drinking in some of the best taverns in the city, to go riding or hawking or hunting or attend entertainment.

Except, of course, that Darin didn’t have a horse or a hawk, he didn’t know how to hunt, he could barely afford a cup of the cheapest beer in those taverns and the masques and entertainment was all high brow, classical stuff. And whenever Darin offered one of those protests, Joshua just shrugged it off. Darin could ride his other horse. That one didn’t actually need a hawk to go out hawking. That they weren’t really “hunting” anything, it was the wrong season for it, mostly it was just an excuse to get out of the city and out from under the eyes of their parents. Joshua always picked up Darin’s drink at the tavern.

As for the masques–well, all Joshua would say on that subject was that it was culture and good for him. (That one rather sounded like Raven trying to coax peas into Johnny, in all honesty.)

Darin sort of wondered why Joshua was bothering, he could spend the next two years being Joshua’s shadow and what would it prove? But you couldn’t say that to Joshua, he was incredibly good at somehow not hearing any protest that Darin could offer. 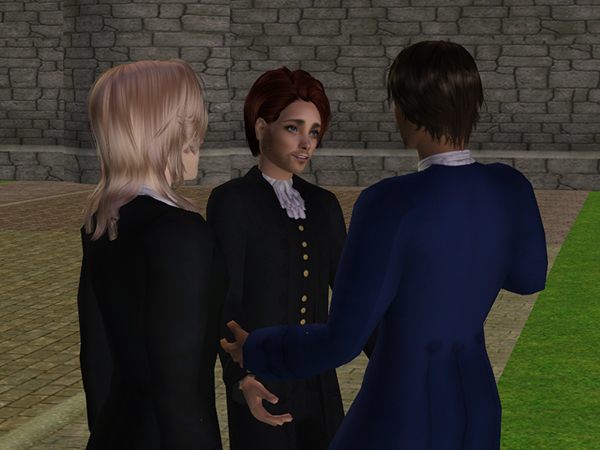 “So that’s Reginald Rose?” Joshua asked after they had shaken hands and politely mouthed formulas of things they didn’t really mean at each other. “I thought he’d be–um.”

“Oh, he can be. That’s Reggie on his day off.” Darin smiled.

“And he makes my father cry himself to sleep.” Joshua said wonderingly but with a laugh. Darin shot him a look. “Joke. It’s a joke.” A strange one. But then again, Darin had never met the baron and if he had his way, he wouldn’t, ever. Maybe it was one of those jokes that made more sense if you knew the person involved. 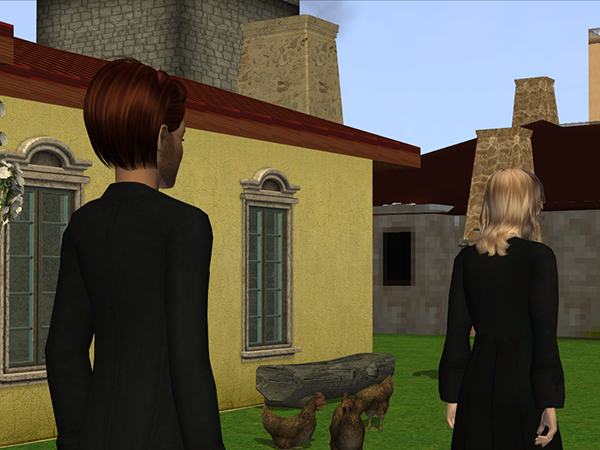 “Are you ready to go?” Joshua asked. Darin shrugged but followed as Joshua lead the way back up the street.

“I don’t know if you’ve noticed, but this is the sixth tavern we’ve been kicked out of tonight.” Darin pointed out to Josh after the disgruntled tavern keeper took his broom and turned to head back inside. 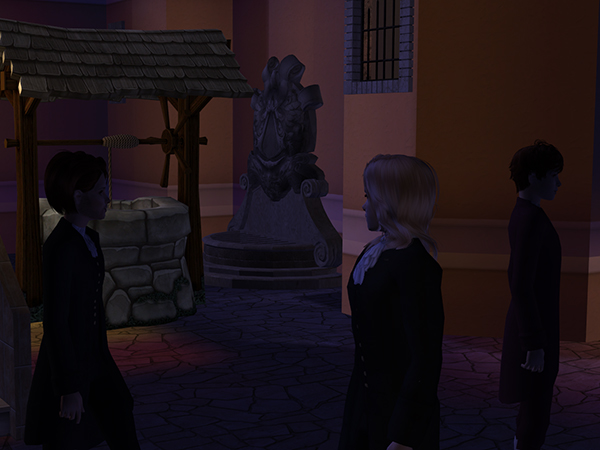 “And the night is still young.” Someone from the front of the group declared drunkenly.

“What’s wrong, Princess,” Constantin slurred. “You turn into a turnip or somethin’ at midnight?”

“You moron, it was a cabbage.” Edouard protested.

“I’m pretty sure it was a pum’kin.” Charlie countered.

“If you think it was a pum’kin, you need another drink.” Edouard told him.

“Now all we need is a tavern that lessus in.” Constantin thrust his fist into the air and pointed vaguely forward. “For-red marsh!”

“So when’s this end?” Darin asked, glancing up at the narrow sliver of moon in the sky.

“It’s a pub crawl. It ends when we pass out, run out of taverns, or the guard gets called.” Joshua told him cheerfully. What in Wright’s name have I gotten myself into. 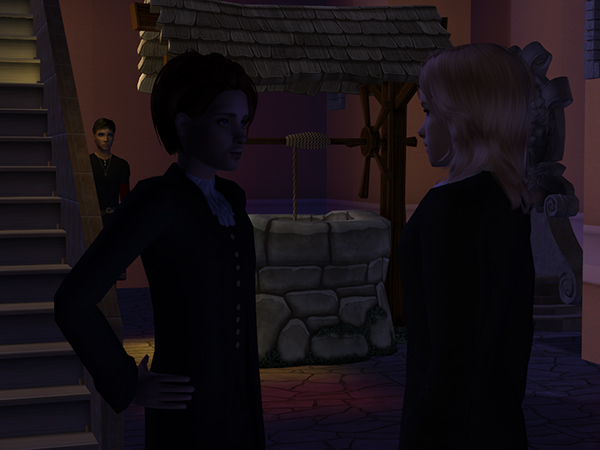 “And it looks like it’s the third option.” A completely sober voice that caused Darin’s stomach to sink somewhere down in the vicinity of his shoes. He didn’t even have to turn to see the black and red guard uniform to know who it was walking out of the shadows behind the tavern.

Of all the bad stinkin’ luck…

“Let’s go, you two. Looks like your friends will have to catch up.” Colby told them gesturing toward the front gate of the square.

Joshua slumped in the wooden chair in a nicely appointed office in the guard’s station. A frozen expression of vague pleasantness was plastered on his face. He hadn’t said anything since the guardsman had opened the door to the building, any genuine good humor long since vanished. 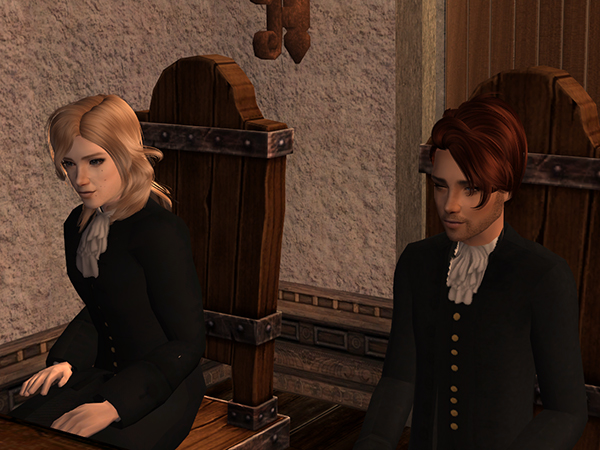 “That may be a while.” Darin muttered. Joshua looked up at him. “My parents are dead. I hope Sara-Beth’ll work as substitute.”

“I wish my sister would work.” Joshua crossed his arms over his chest. “Unfortunately I don’t think they let eleven year olds come bail you out of gaol.” Darin looked at him for a moment before Joshua sighed and slumped further. “You–don’t know my father.”

Darin flashed back to what Josh had said in the alley behind the Boar. “They’ll tell my father.” memory whispered.

“Well, isn’t there anyone else you can ask? A servant, your father’s steward?” Darin asked. 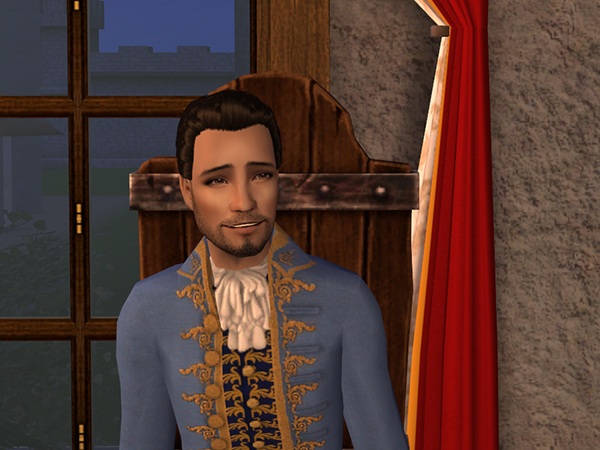 “Cox would be worse.” Joshua whispered, before Darin could ask why, the door to the office opened and a man not dressed in a uniform came through and made his way around the desk. Passing close enough to Darin for him to easily smell the miasma of wine lingering around him.

“M’lord,” He bowed his head to Joshua. The captain ignored Darin entirely. “I understand the urge to get rowdy sometimes but must you boys leave a swath of destruction behind you every time you do?” 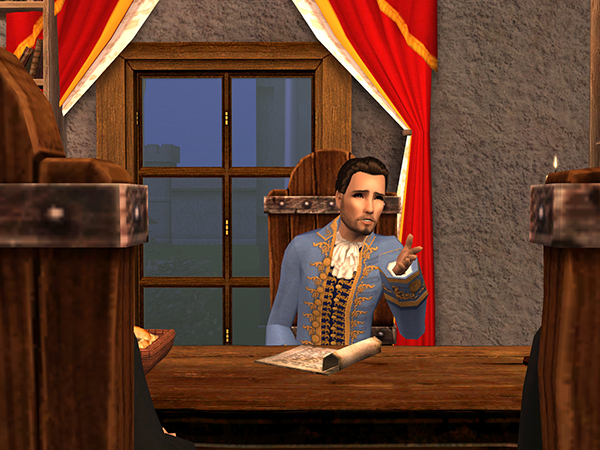 Joshua said nothing.  “What would your lord grandfather think?”

“The same Lord-grandfather who helped burn down a tavern at Camford?” Joshua sneered coldly. The guard captain blinked slowly, apparently being saved from wringing another soggy thought from his obviously underused brain, by a tap on the door.

“Captain, sir, the boys’ sisters are here.” Colby told him. 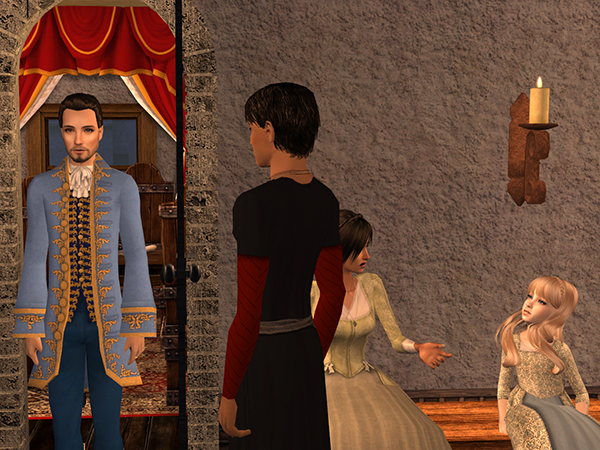 “I asked for parents, Guardsman Rose!” He thundered, the wine smell around him seeming to billow out with the word.

“Mr. Capshaw is an orphan, sir, if you insist upon making him wait until his parents arrive, you may never use your office again. As for Lord Joshua, well, perhaps you should talk to her yourself.” The captain grumbled and got to his feet.

“Not you!” He exclaimed from the doorway. 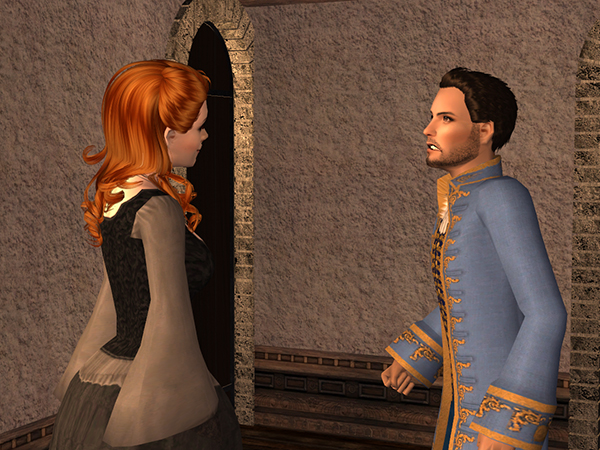 “Why not me?” A strange female voice inquired cheerfully. “Whoa, boy, what’d you do, drink a wineshop outta business, Miguel?”

“You are not Lord Joshua’s parents.”

“Obviously.” Though Darin couldn’t see the speaker’s face, a smirk was obvious in her voice.

“Cousin Miguel, mother and father are at the Finessas for their Saint Skip’s day dinner, I thought it would be just as easy, when the boy arrived, just bring Madame Cox and come myself.” A younger female voice interjected. “And I know that father has on record his permission for my brother and I to be released into the custody of any of our upper servants.” That must be Elizabet, Joshua’s sister, Darin decided.

“But she isn’t a servant.” The captain said triumphantly. 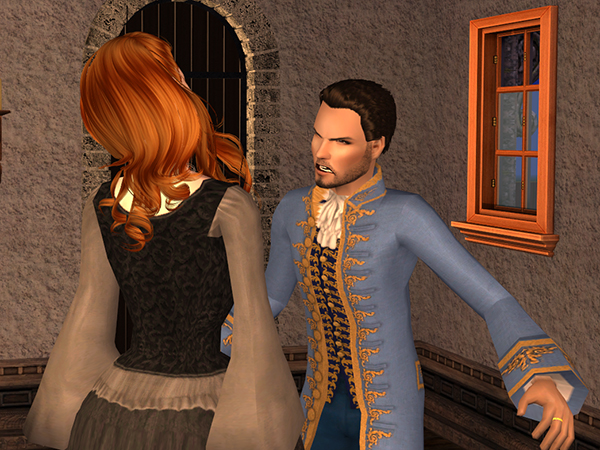 “Please don’t lean toward me when you yell, Miguel, I’m getting tipsy off the fumes.” The woman, Madame Cox? said.

“This evening, Madame Cox is serving as my companion, that makes her technically a servant.” Elizabet told him sunnily.

“She’s got you, old boy. You couldn’t think your way outta this one sober, and it’s painfully obvious you’re not that. Just release the kid, then you can go back to drinking yourself flat.” Madame Cox told him. 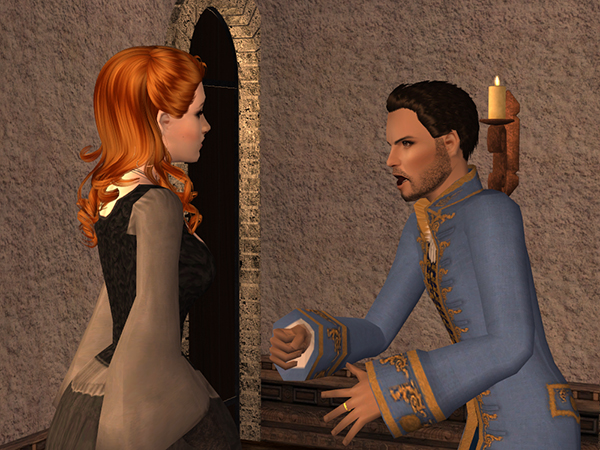 “Fine! Rose! Get the Wright-be-damned papers and get these–women–out of my guard station.”

“See you on Sunday for brunch, Miguel.” Madame Cox called after him as he stormed off.

5 thoughts on “Trying To Connect the Dots”