So, last weekend I ended up having a crashing problem (due, most likely, to too many polys on the Carico lot.) I fixed that (by splitting the Carico’s yard off onto a separate lot.) Or at least, I think I fixed it. I haven’t actually been able to test this because Monday morning my game crashed and wouldn’t let me in.

After a bit of poking it with a stick, I’ve isolated that it was most likely a corrupted sim file. (Not sure how I corrupted it, but that seems to be the problem.) However it did cause something of a cascading failure in the game. I isolated one problem, got it working then, the next time I would try to do something with the game it would stop working again.

The game is working now and I’m trying to make up the ground I lost. My lots are fine and won’t show much, if any, difference than the last time you saw them. The neighborhood deco itself might change slightly, but it won’t be anything too noticeable, I hope.

On the sims front, I did end up losing some sim sculpts. I was lazy and didn’t get everything backed up before I started having problems.

The sims that are fine:

The sims that I lost:

Marcinak & Leekbee, the brothel workers, the Butchers, the Roses (both branches), and Kevin (sorta. I have a back-up of his sculpt because it’s reused from another project, however I did do a small amount of tweaking to it in CAS so there might be a very subtle difference between him pre-this point and post this point.)

I think I can get something close to the originals on most of them, however on the ones born and breed in game, like Romeo and Elias, may look vastly different, I didn’t even note down what skintones they used and I will probably just breed their parents again to get them, so what they look like is really at the whim of the game.

It isn’t all bad or semi-bad news, though. I will be back on Tuesday with the first part of Elizabet’s birthday party and I am going to try to get enough shot to do three updates this coming week to make up for the fact that I missed three due to my game being out of commission.

Thanks for reading and understanding!

~ Andavri, right-hand Chipmunk of the Demigoddess of Albion.

C’mon y’all! Keep that line flowin’, and lights a’glowin! Yeah right! Feel like we gettin’ close! I hope somebody know where we is, ’cause I’m lost, me!

The big iron gate squealed as Anna-Marie pushed against it, sending up a tortured sounding shriek. And of course with the dusk had come a summer storm, which was building up fog like some giant blowing smoke rings. She bit her lip and tried to orient herself. She didn’t come here very often. She didn’t have any reason to.

She knew–at least in daylight–how to get to where Cookie and Ayla were, Darry had brought her a couple of times. And once, just once, Elias had brought her to see his mama. Anna-Marie shivered as a cool breeze made it’s way up her back, or maybe it was the way that same breeze stirred the fog.

END_OF_DOCUMENT_TOKEN_TO_BE_REPLACED

Last time I talked to you, you were lonely and out of place. You were looking down on me lost out in space We laid underneath the stars, strung out and feeling brave. 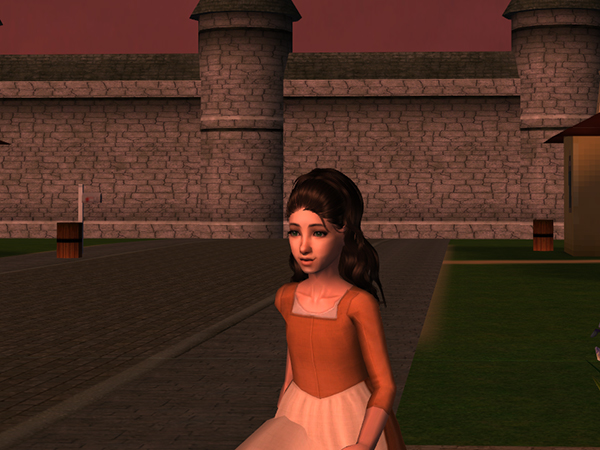 This is all my fault. Anna-Marie thought as she shoved the door open and spilled herself out into the dying summer sunlight. What if something happened to him? She thought she knew where Elias was, but what if he wasn’t there? She picked up her skirts to run just a little faster. She had to find him!

END_OF_DOCUMENT_TOKEN_TO_BE_REPLACED

Look a little closer, inside I’m dyin’. It’s not easy to be in love, you see, when you’re a clown like me. 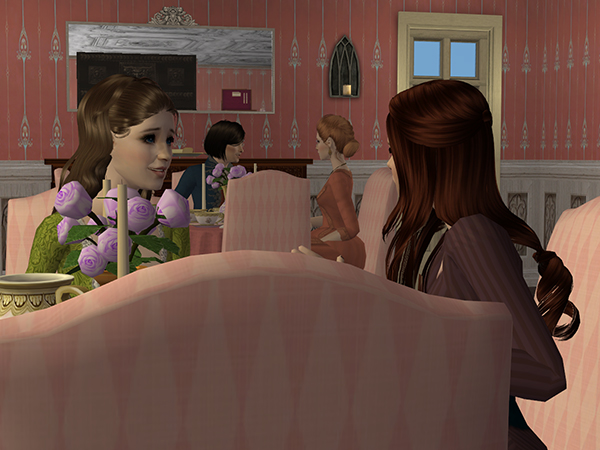 “Leo wrote me again.” Caroline fluttered her lashes at Marianne who tried not to cringe. Sunday tea was the worst, being that Sunday was the seventh day, it was Fitz-Chivalry family law that they would all gather for tea. There was no excuse good enough to get out of it, no company to be invited unless said company was staying at the estate with them, which happened about once every blue moon. They were expected to have a couple of cousins come in for Elizabet’s birthday, but that was still a month away.

So today it was just family and it had been and was going to continue to be one of those teas.

END_OF_DOCUMENT_TOKEN_TO_BE_REPLACED

I said “don’t trust him”, baby, now you know. You don’t learn everything there is to know in school. 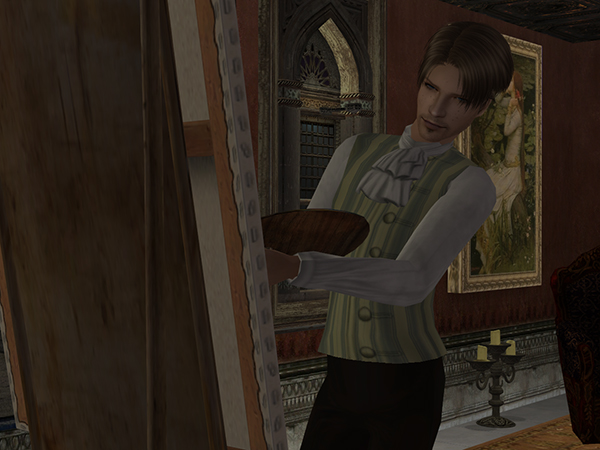 “Finn?” Kevin peered around his easel, eyes narrowed almost to slits before tipping his paintbrush ninety degrees to the side then righting it again. He made a vague noise in the back of his throat before putting his brush back to the canvas. Considering how simple the painting was, well comparatively, it was not wanting to pour out like usual. Or maybe it was just that normally when he was doing a portrait seating, he wanted to get the subject in and out of his studio as quickly as possible.

He wouldn’t care if this one took all week.

“Finn, I know you can hear me. I’m starting to lose feeling in my legs.”